A Day at Port Adventure 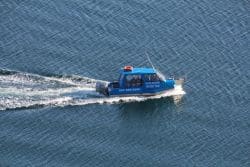 A Day at Port Adventure

A few days ago returning Guests decided to have a day at Port Adventure, and invited me to go along with them. And I’m  always happy to enjoy a “Busman’s Holiday, and especially so as it was a Cruise Ship day, and thats a good day to be absent from the village. The weather wasn’t quite as nice as it could have been…. a bit overcast. But not cold and not windy. We went down with Rakiura Adventures, who had kindly loaned us a dingy and outboard to get around. The trip down takes around an hour on Kaian

Rakiura dropped us off in Abrahams Bosom where we went ashore to have a look at the old camp site, which is long gone and then to Salty Beach. The track over the narrow spit of land separating The Bosom from Salty Beach was much overgrown, but that was perhaps to be expected as it’s been some years since I was there, But there were still Kiwi tracks on the sand, and “The Face” was still there.

Then around into Oyster Cove, site of the first oyster fishery on Stewart Island, recorded in 1865, and closed in 1872. Hardly surprising as apparently the oysters were harvested bu beaching the cutters at high tide, and shoveling the oysters aboard. We had lunch right at the top of Oyster Cove, in an almost land locked nook.

Across then to “The Kaik”, site of an old Maori village, and variously home to refugees from the Chatham Islands (via the Auckland Islands), Ruapuke Maori and later Norwegians Christian & Petrina Hansen.

By this time the tide was getting well in, which we needed to explore up the Heron River which runs into the North Arm of Port Adventure. 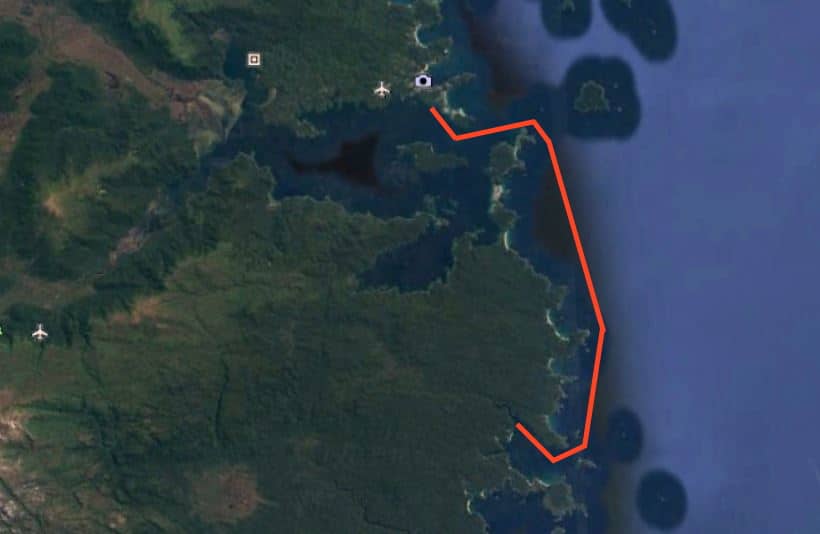 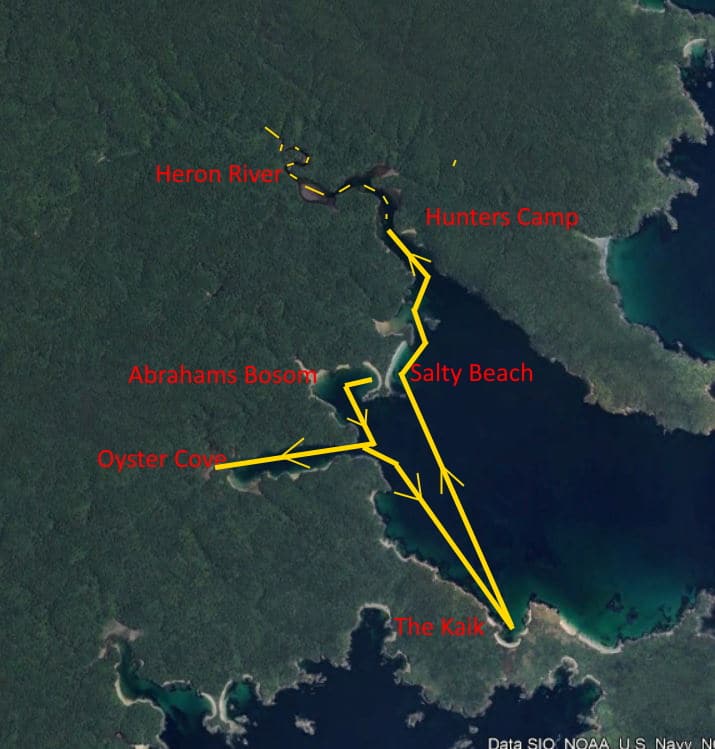 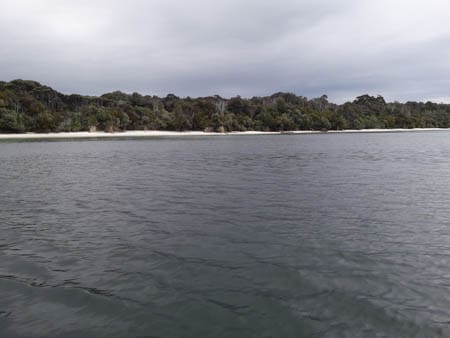 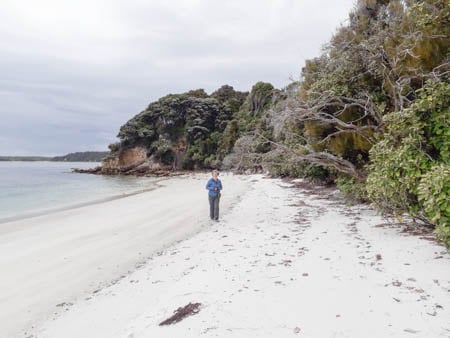 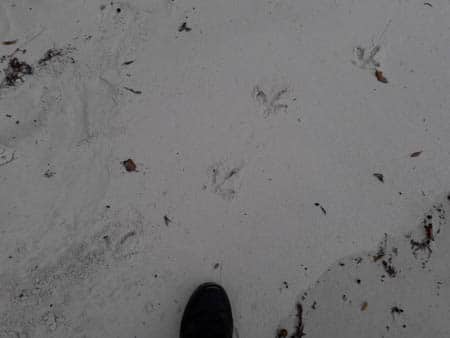 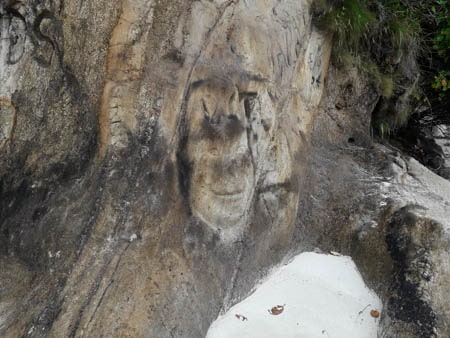 The Face. This, and many names are carved into the soft rock faces at Salty Beach 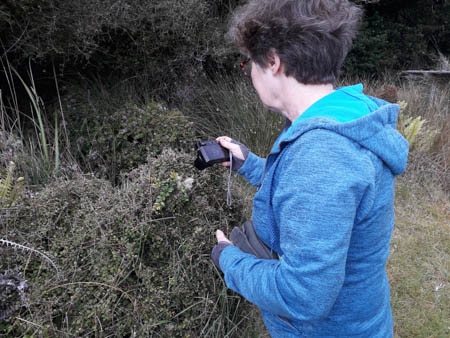 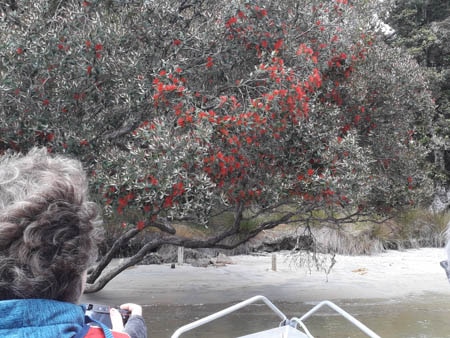 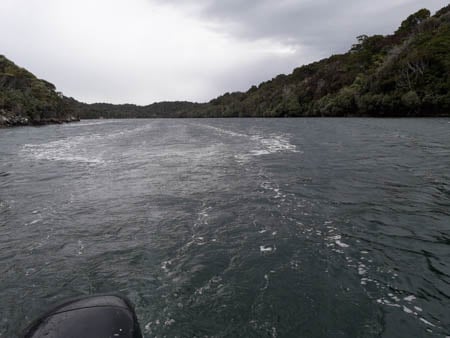 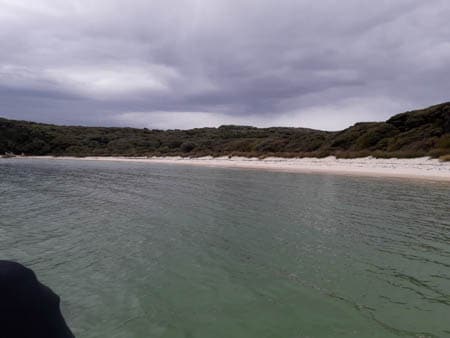 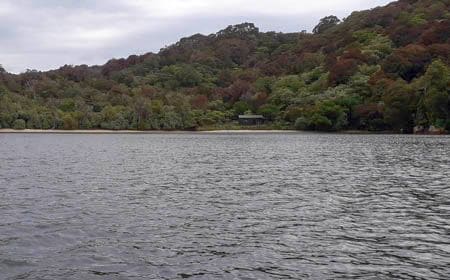 North Arm Hunters Hut, in the mouth of the Heron River 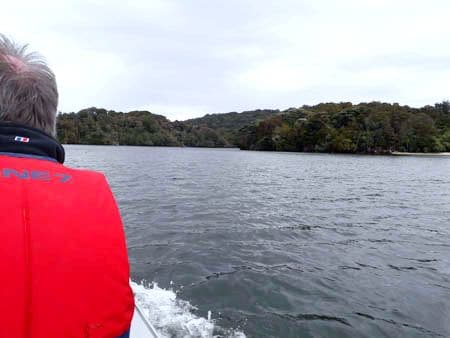 The mouth of the Heron River 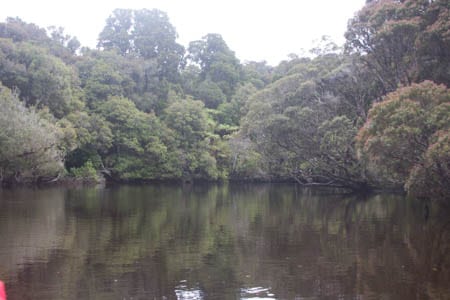 Into the Heron River 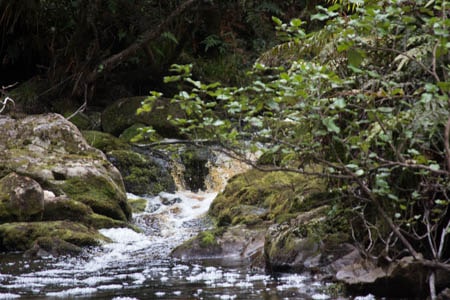 A small side stream 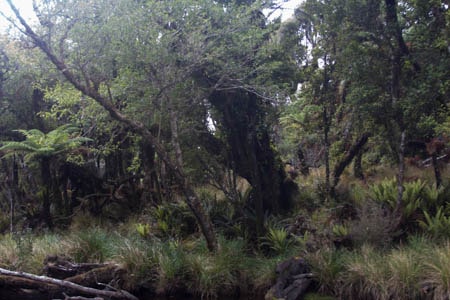 Forest opened up by deer 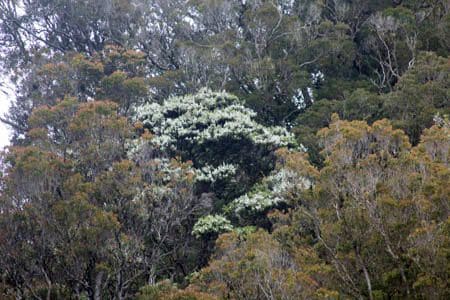 Heron River is quite broad in the lower reaches, but about two thirds of way up is a small rapid, and from there on the forest closes over the river. This gives a really primeval feel, with mossy trunks to duck under and fern covered banks. The limit of navigation is a second small rapid. And it’s here that one of the peculiarities of the river becomes apparent. Over a period or maybe 5 minutes the river rises and lowers often as much as a metre … This can be a real consternation when your boat goes aground for the first time and you contemplate a long wade down stream towing it. But the level does rise, and quite quickly.

We’d just come down the river to the hunters hut when Rakiura & Anna arrived to take us home. They had never been up the river, so we took them back up to show them Stewart Island’s version of “Africa Queen”.