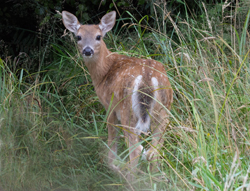 A couple of mornings ago Iris called me out to our back door, and there in our vegie garden was a White Tailed deer. Didn’t stay long as it had probably been startled when Iris called me. But I did manage to get a photo. Not a good one, but in my defence it was somewhat rushed. and it was through two windows.

This summer there have been deer everywhere, and I’ve seen one every few days around the roads. I spotted one quietly grazing on a grass verge maybe 2 minutes stroll from the hotel at 2pm. And a couple of days later, what I assume was the same animal plus a juvenile on the road just a few metres away.  I did phone the owner of the house whose verge it was feeding on and complained about his pets grazing “The Long Acre”

The local cop frowns on shooting around the village, and deer aren’t stupid. They know when they are a good thing. It’s been so dry this summer feed may be an issue, and of course nothing quite so tasty as a cabbage or silverbeet out of someone’s garden.

I’m also noticing that several gardens now have deer proof fences. A sign of the times ?? 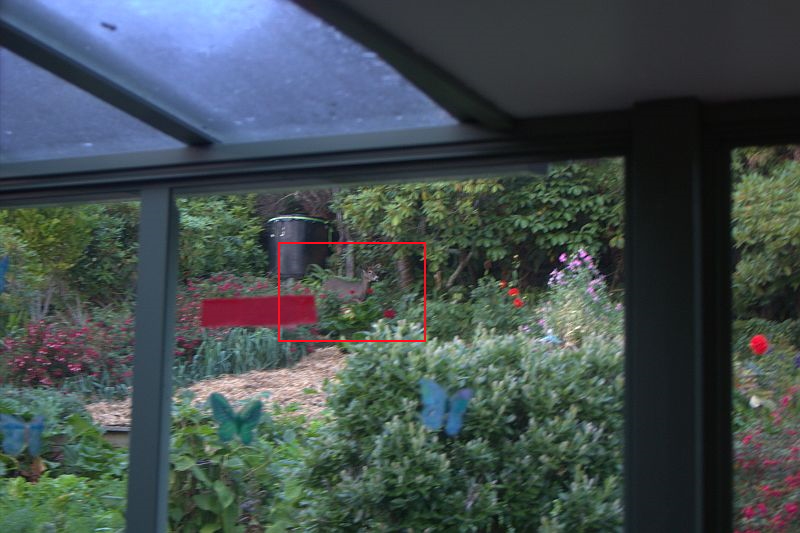