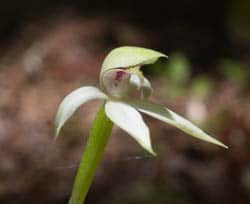 Stewart Island “Runs” on diesel fuel. Our electrical supplies are from community diesel generators, which run 24/7 and supply us with more or less unlimited power. But it is expensive, with a monthly connection fee of around $90, and around $0.60 per unit. So we’ve tried to use electricity only when alternatives are not available. At Sails Ashore we have a diesel fired central heating and domestic hot water system. This uses around 7 litres per day. We’ve recently shifted the boiler into a purpose built room off our back entrance and with the addition of some clever wireless thermostats now have far better control over our heating.  We can now also use the boiler room for drying wet coats and footwear, which delights our guests. We’d not realised just how much heat the actual boiler gave off, and so a winter project will be to duct that heat into the house … waste not want not !!

Our cooking has all been “Cooking with Gas”, with separate gas hob and a built in gas oven. A electrical hob not being even remotely considered due to the high cost in comparison to LPG.  Decades ago a friend showed us a small induction plate, which looked interesting, but the cost of electricity was always a black mark in my mind. Recent reading suggested that the higher efficiency of induction cooking was worth looking at … better than 90% vs around 35 to 40% with gas or a conventional electric top. So as a trial we bought a single small plug in induction unit, and ran a  couple of months comparison of actual energy usage. As an aside it really challenged my abilities to do  full meals on a single plate unit…. The cost results were more than surprising as at most the difference was only around $1 per day dearer using the induction unit.

We decided to go for it, and purchased a Bosch Flexi Induction Top. Not cheap at $2600 down from a listed price of $3200 thanks to Black Friday deals and also being the last of a line that the merchant had trouble selling …. the flexi capabilty not generally required …. .

So we now have a very sleek induction cook top. It’s a bit of a learning curve, but I have to say I really like it. So much quicker than the gas, and with no wasted heat  …. 60% of the energy from gas is wasted, and has to be extracted via a range hood, our cook top extractor fans are now just so much more efficient.

I had my first real test yesterday. making Tomato Relish. Tomatoes are cheap this time of year, and generally I have some spare time. Also no guests, as In the past using gas the house has always smelt like a pickle factory. ,  I make a fair amount … 10 kg tomatoes, 5 kg onions in a 30 litre boiler. It used to take around 4 hours and needed very close supervision, as with the gas flame quite fierce to get the heat needed it was real easy to have it stick.

So an early start … just in case of “issues”. But 2 hrs 45 minutes later I had it all bottled and everything cleaned up (no sticking) and put away. The induction top heated the entire bottom of the boiler evenly, and boiled in about 30% of the time with gas. Keeping it simmering was a doddle, and with no wasted heat to contend with our extractor fans cleared the pickle smell completely. I transferred the boiler to our small plug in model on the bench, so the actual bottling was done from a simmering boiler, with no walking back and forwards with hot jars. I’ve always enjoyed making relishes etc, but it was a bit of a project. Now… so easy.

As an aside, Stewart Island has recently been given several million dollars to install two wind turbines to reduce our use of fossil fuels. Very hard to turn down “free” money, but were it my decision I would probably use the money as an investment, as I’m far from convinced wind is a viable alternative to what we have. And interestingly we are hosting a couple of engineers from Hawaii, and they told me that power charges there actually increased after wind turbine were added to their supply system. Time will tell. 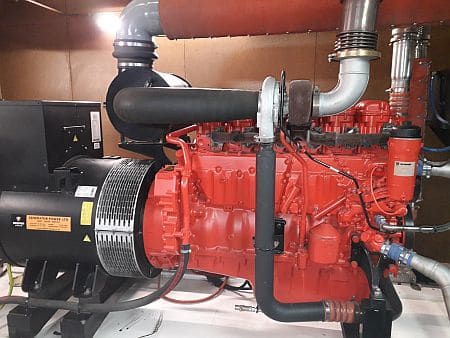 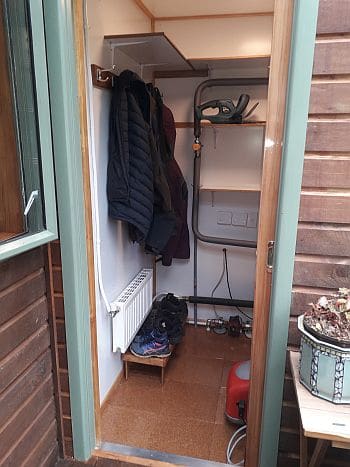 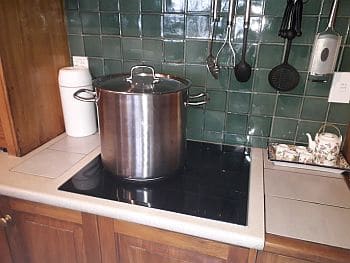 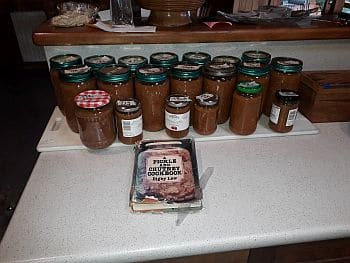 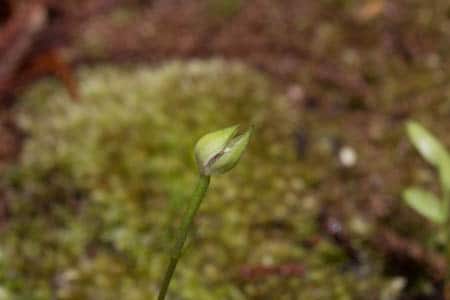 What Orchid is it ?? 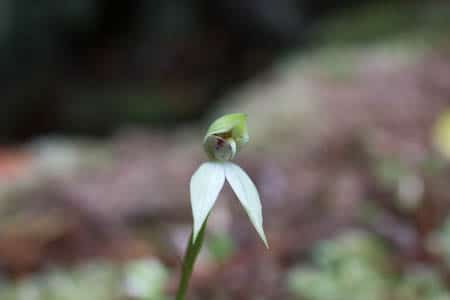 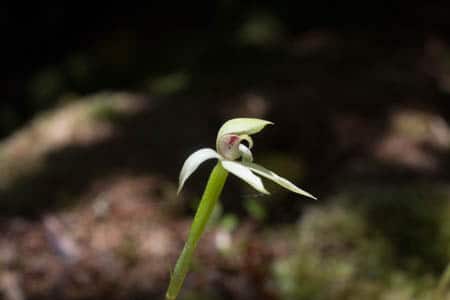 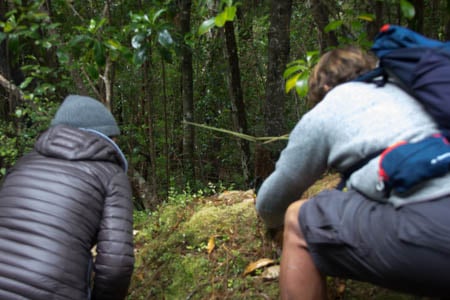 I’ve been watching what I was sure was a couple of orchids appearing on a mossy patch. Fairly sure it was Caladenia “White Fingers”, as I’d seen one there a couple of seasons ago. Although considered common, I’ve only seen 4 or 5 specimens on Ulva and was a bit excited about maybe two of them. There is maybe a question mark about exactly what it is, as the references say it should have …. Single leaf, long and up to 1cm wide, usually covered in hairs. And this one has a shorter broad leaf. So my next tour I’ll have to photograph the leaf and email them to someone better qualified for a definitive id.