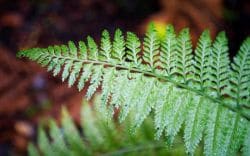 One of the more attractive ferns … or in my opinion anyway …. is our Hen & Chicken Fern. Asplenium bulbiferum .It’s found most often in damp well shaded forest understory and is much loved by Whitetailed deer.

One of it’s peculiarities are the fernlets (bulbils) which sprout from the upper surfaces of the fronds. These are the parent fern cloneing itself and so together with the more normal spores gives a “belt and braces” approach to reproduction. Occasionally I’ve seen these clones, with themselves cloned, which to me at least is seriously weird.

So these rather pretty ferns make an interesting subject for my guests to study.

A couple of days ago a sharp eyed guest drew my attention to what at first glance appeared to be a spot of dirt beside a spore capsule on the underside of a frond. Closer inspection looked a bit different, and on taking a macro photo, and then enlarging it I discovered a tiny snail, which actually appeared to be feeding on the spores. And the spores themselves are revealed to be stranded, rather than the round things I had assumed.

And on a bit further reading I found that our snail was perhaps one of a group named Powelliphanta and they are carnivores. So perhaps it was actually snacking on some really tiny critters living amongst the spores. 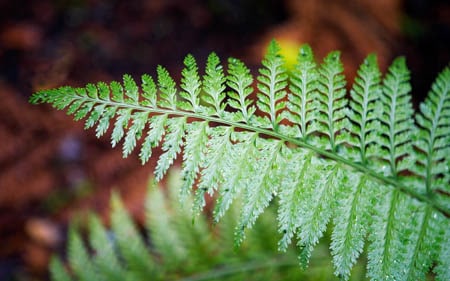 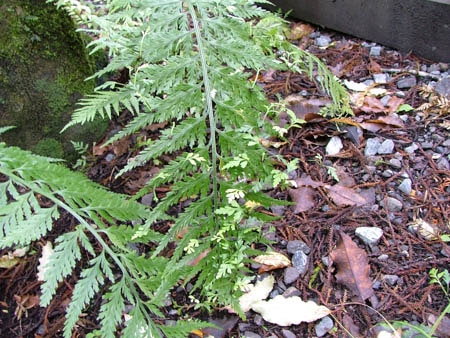 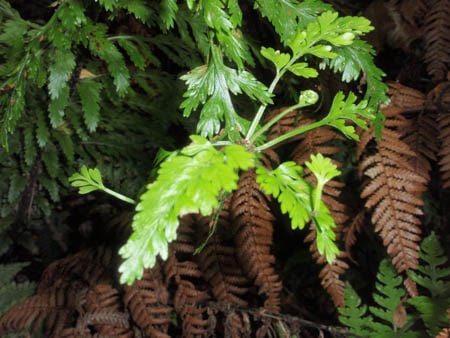 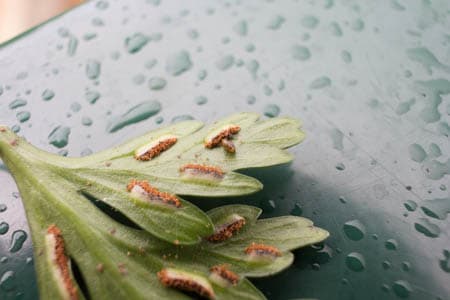 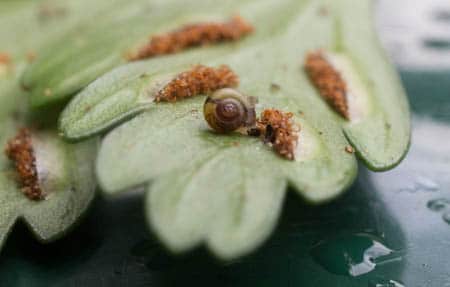 Spores and Snail on the underside of the frond
Up close the delicate shell can be seen, and also the spores, which appear to be more strand like than I realised.