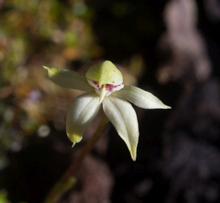 Iris has been busy on our garden, lots of pruning, weeding and so forth. My involvement generally limited to carrying and disposing, though some trimming as she is a worry with the big hedge trimmers on the higher shrubs. A couple of days ago I was busy making dinner in the late afternoon and she came in and said she’d found a new orchid. So out I went, and there they were, a nice little clump of tiny white blooms.  First glance we thought they were odd leafed orchids, but with just a single broad leaf, halfway up the stem they were Adenochilus gracilis. Or Slender Forest Orchid.  I was initially a bit puzzled, as the first photos I took (evening sun) there was a distinct yellowish ting to the petals. But next morning they were more of the light green “The Book” suggested.

I’d seen them on Ulva, but not around the village, so rather nice to have them in our garden 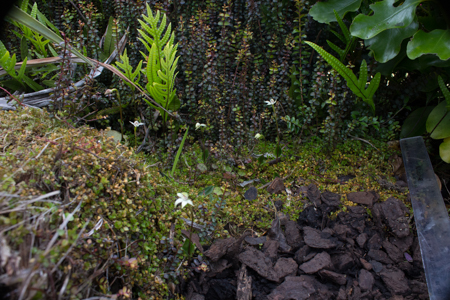 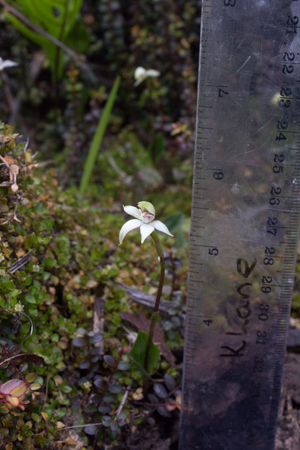 Slender Forest Orchid
The ruler for size. The leaf just visible down the stem. 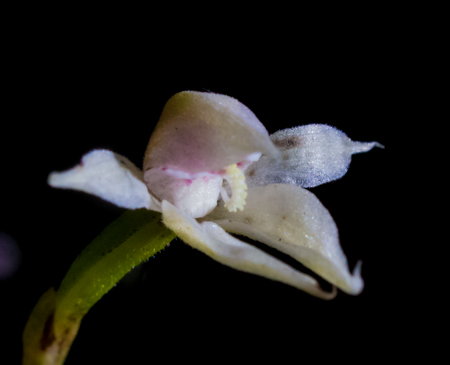 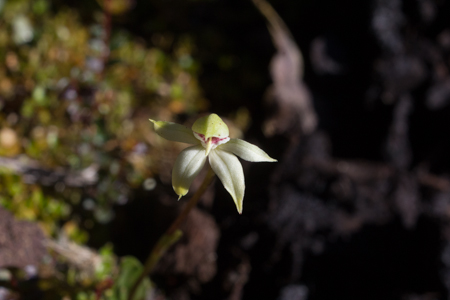 Slender Forest Orchid
Note the yellowish colour on the petals 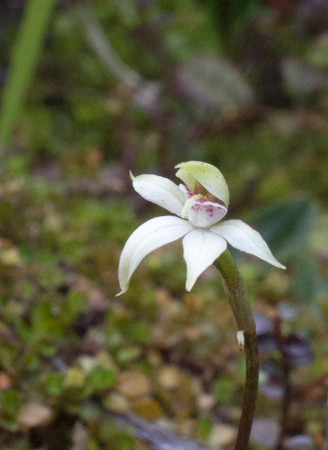 Slender Forest Orchid
But more greenish in the morning 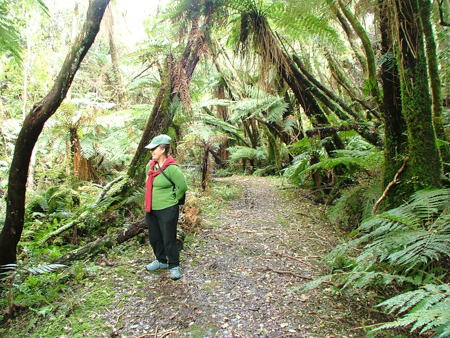 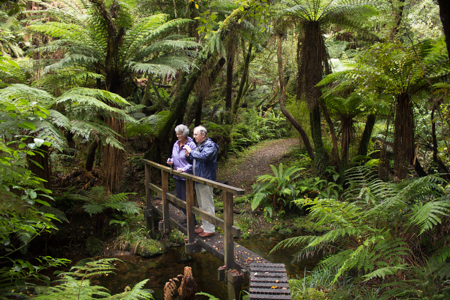 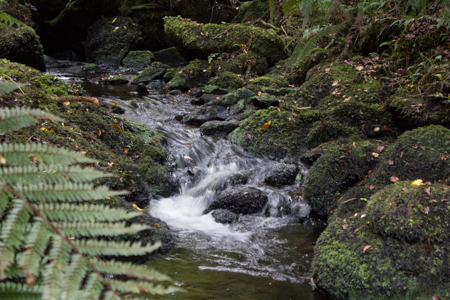 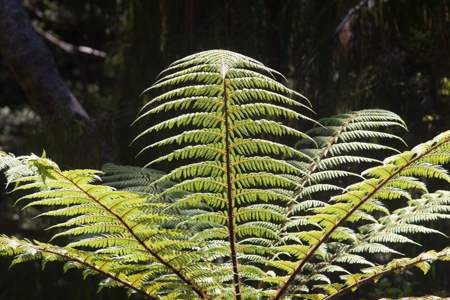 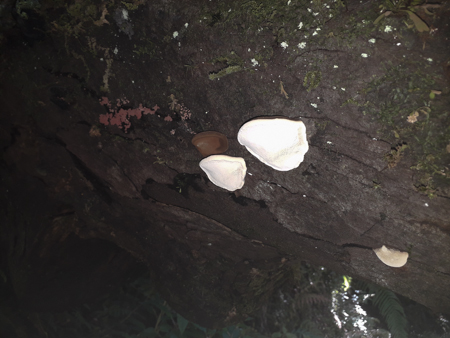 Bracket Fungi on an old Rimu log over the track 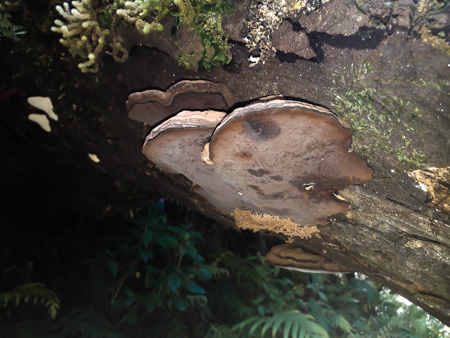 And on the other side a different species of bracket fungi 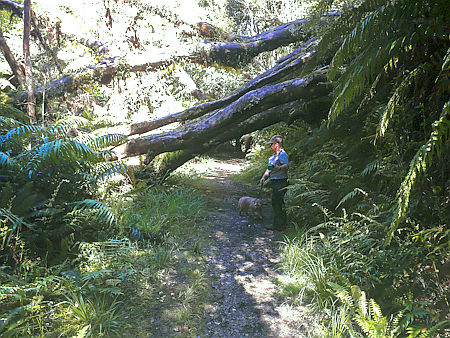 The fungi log
Dappling sunshine lovely to enjoy but it makes photography difficult. 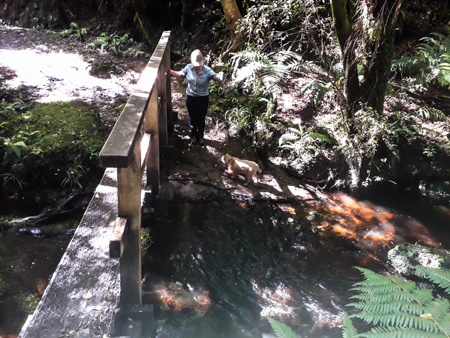 You can lead a dog to water …….
Bridie wasn’t thirsty, but lots of interesting smells to investigate

Last Sunday was such a beautiful day we decided to go for a walk up Fern Gulley. I think it’s one of the prettiest short walks around the village. Its up an old logging road, through cutover forest. Not particularly exciting one would think, but the track follows up alongside a small stream, crossing and re-crossing several times. And, as the name suggests it’s the home of the fern. From towering Dicksonia fibrosa to the smallest of mosses. On a hot day it’s delightfully cool, and the track finishes in a small clearing, complete with seat. It’s an “Up and Back” walk. Maybe 20 minutes each way, though that can extend considerable, as it’s easy to get distracted. And the start is maybe 35 minutes from the village. A lot less if, like us you drive up.