Morepork and Other Things 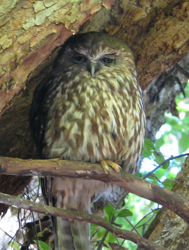 One of our more elusive birds is the Morepork Of course they are nocturnal and so not about when we are. But occasionally we’ll spot one roosting quietly in a tree, often the dead lower branches of a young Rimu, where their brown plumage blends beautifully with the dead foliage.

But they also get discovered by other birds … who understandably hate them with a passion  …..

A couple of days ago we heard a great cacophony of scolding bellbirds (and others) while walking down to boulder bay, and I remarked it sounded like they had found a Morepork,  a moment later  that morepork flashed across in front of us and landed in a miro tree.

The next day just as I was telling my guests about this and that scolding started up, same time, same place. We went to investigate and there was not one but 3 morepork ( presumably a parent with 2 young) being scolded by several bellbirds, a tui or two and who knows what else.

It must have been our day for Morepork, as we later on found our old friend back in it’s tree after an absence of 3 or 4 months. 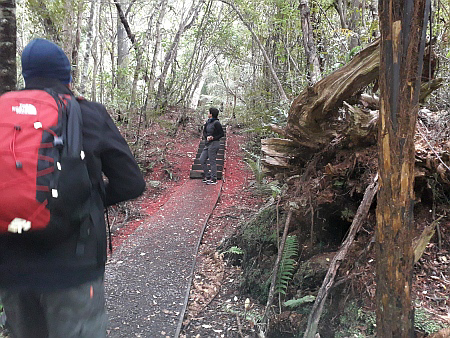 A Great Year For Rata

A Mast Year for Rata is really spectacular and this year has been excellent, not as in  “Everything all out together” but much more spread out … October until now ….. with a last tree over Golden Bay in full bloom. 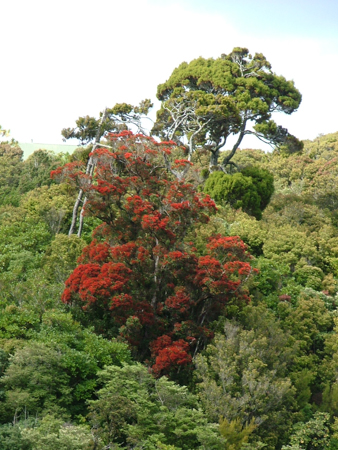 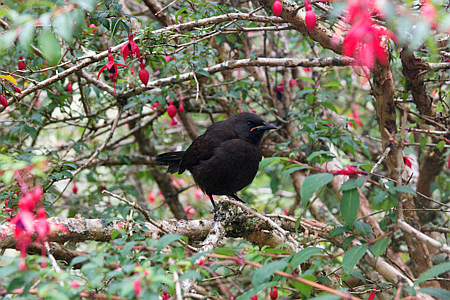 This juvenile was being fed by its parent what appeared to be an insect by when we first saw it in one of the introduced fuchsia on Ulva. I’ve watched young saddlebacks gorging on coprosma berries, and the parents taking both rata nectar and honey dew, but I’ve never seen them eat a full blossom, as this one did.  No photo of course, as it happened so quickly. Whether it was the boredom of a hungry infant waiting for mum, or actually a part of it’s diet I have no idea. But eat it certainly did.