Bell Birds are the songsters of Ulva, and on a good day their various songs almost overwhelm the other species, with the exception of kaka who can be particularly strident. For me they can sometimes be a bit difficult to separate their calls from Tui, as both species are good mimics, both for pitch and message.  One song we hear around the village is not heard on Ulva, which makes me think the populations don’t intermingle much.

They are busy feeders as are most small birds, and target insects, nectar and fruit, particularly the Coprosma sp berries. And are the main harvesters of honey dew, buy glucophage, which is their only source of native sugars from March through to August 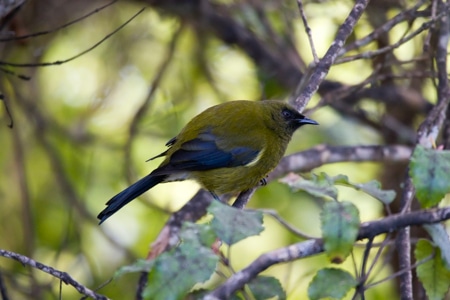 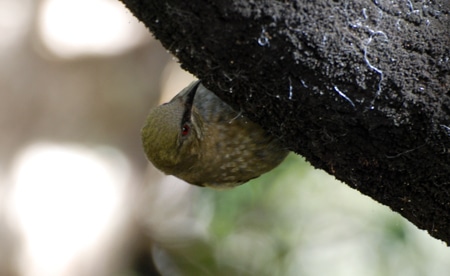 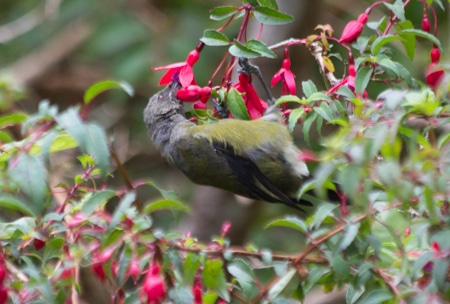 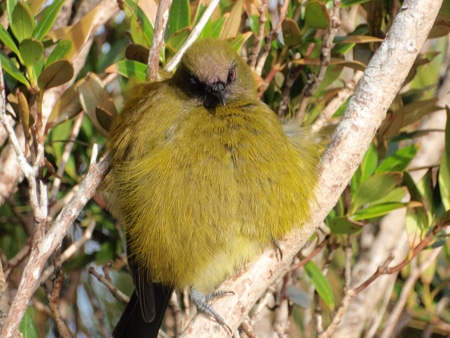 Bellbirds seem to enjoy sunbathing, and generally fluff themselves up and appear almost hypnotised.