We never see the white speckled belly of the Variable Oystercatcher on Stewart Island as these become more common the further North you go. So we think we can call them “Black Oystercatchers). Most beaches will have a resident pair who “own” the beach and who are long term bonded. They will often “re-bond” with quite elaborate displays when one bird returns to the other,  And who will often see off other birds quite aggressively. Nesting is in late November/early December often alarmingly close to the upper spring tide line. Clutches of 1 or 2 and very occasionally a third “insurance egg” will hatch around 26 days later. The Insurance chick will never survive if it’s siblings do. The parents totally unable to support 3, especially when the third will be 4 or 5 days younger. 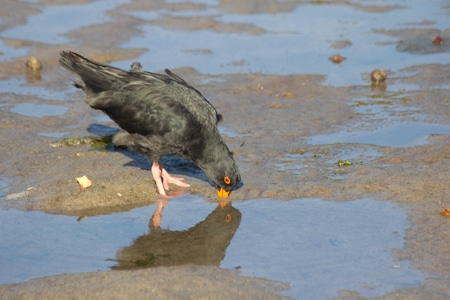 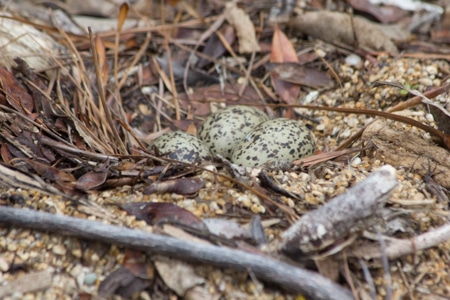 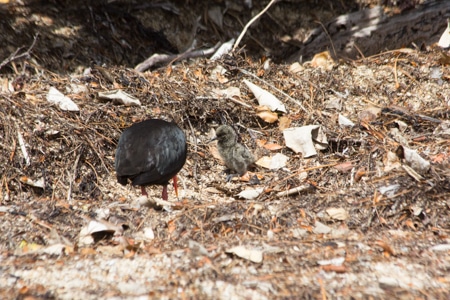 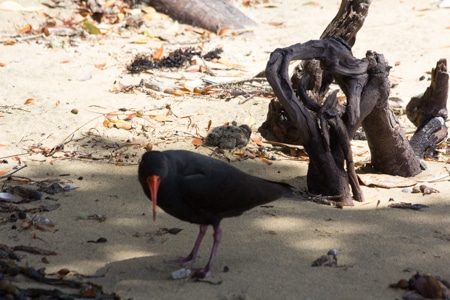 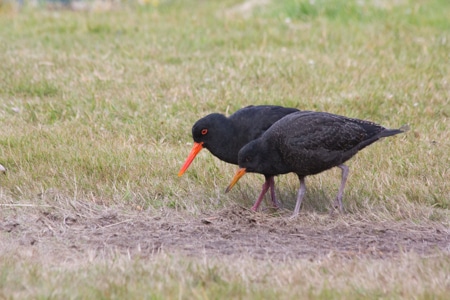 Juvenile fully fledged, but still dependent on the parents