When I first arrived on Stewart Island in 1969, Fiordland Crested’s were known only around Codfish Island and in Port Pegasus.  A French couple I had out fishing claimed o have seen one near Bench Island maybe 35 years ago, a claim I frankly doubted at the time. But in hindsight they were probably correct, as numbers have steadily increased in recent years with many breeding pairs located, one quite close to the village, but most on the off shore Island in front of Halfmoon Bay> the distinctive crest above the eye easily distinguishes it from Yellow Eyed, and they lack the gape of the otherwise similar Snares Crested Penguins. 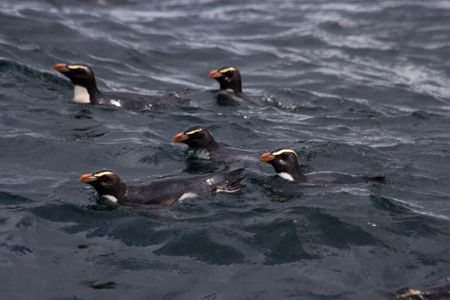 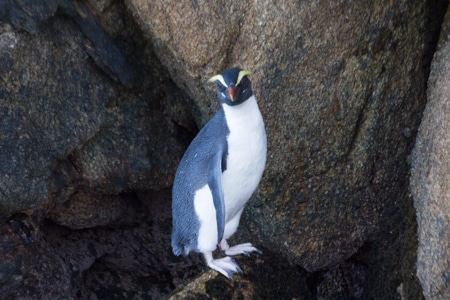 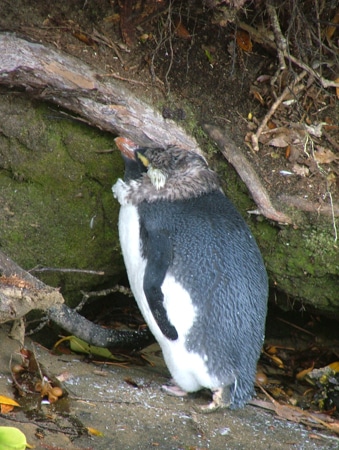 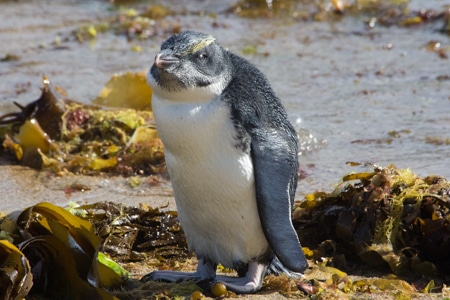