The call of the morepork is part of the night sounds in the New Zealand forest, but talking with my guests few New Zealanders have actually seen one.  We occasionally “get lucky”, often because one has been discovered by a flock of smaller birds in it’s daytime roost. The cacophony of scolding which erupts can be a give away that they have found one. They are often creatures of habit, and will day roost in the same tree for months on end, and of course if it’s close to a track we are able to show our guests. 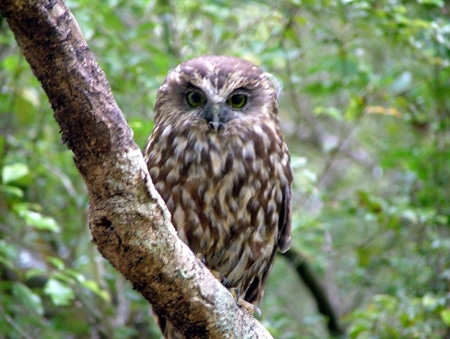 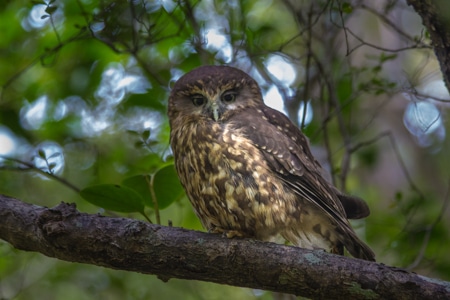 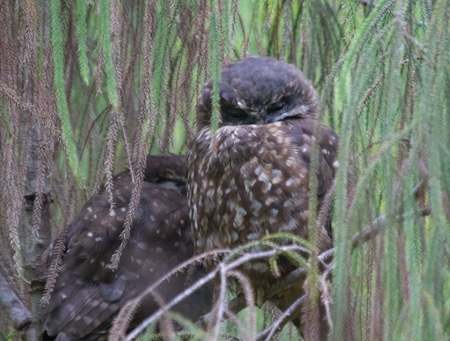 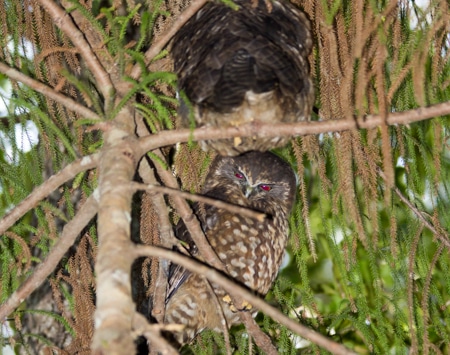 This adult & juvenile roosted here for each day for 4 months. Dead Rimu fronds are a superb camoflage