These photos were taken quite close to Ulva Island, the first time I had ever seen Royals inside the Inlet, although they are seen out offshore virtually every day when I was fishing.

Slightly smaller than Southern Royals they are visually different from Mollymawks in that they are significantly larger, and the black upper wing  is broken by the white of the body. Also at rest look somewhat “hunch backed” as the wings don’t lie flat along the back as with “Mollies”, but rather “elbow” upwards, and with slight amounts of white, like little snowy peaks.

These birds are rather poor fliers, but masters of soaring. ,On flat calm days I’ve seen birds just flatly refusing to take off, which would require wing flapping to get of, and then again to sustain flight. Preferring when I steamed close to just disdainfully paddle out of the way. But they, with their other Albatross Cousins  without doubt are the most magnificent soaring birds 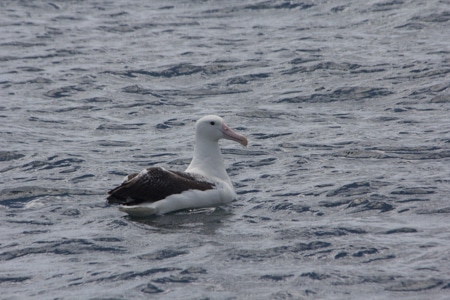 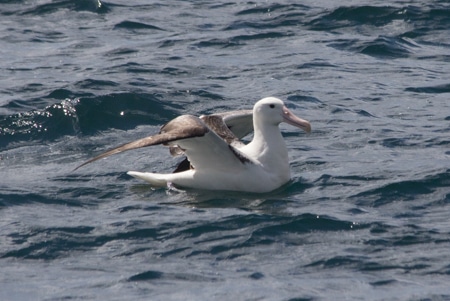 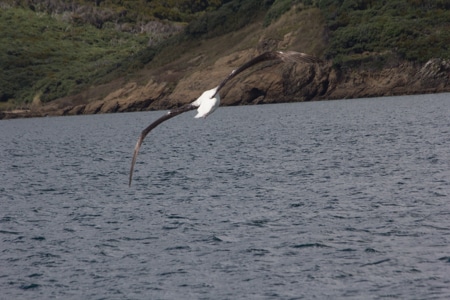 Note the white body breaking the black upper wing.
Southern Royals are somewhat bigger, and the white of the body extends further out into the upper wing