Less common on Ulva, but seen often around the village and waterfront. Quite a gregarious bird they will often be seen in quite large flocks on the village waterfront waiting patiently for the tide to fall for feeding.  I’ve never seen a nest on Stewart Island, but they were common on my parents inland farm. 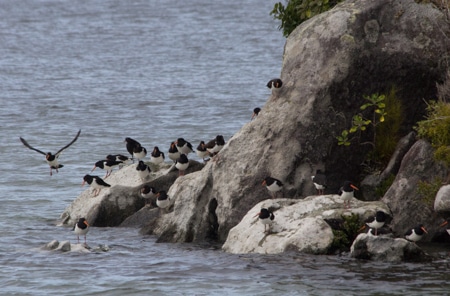 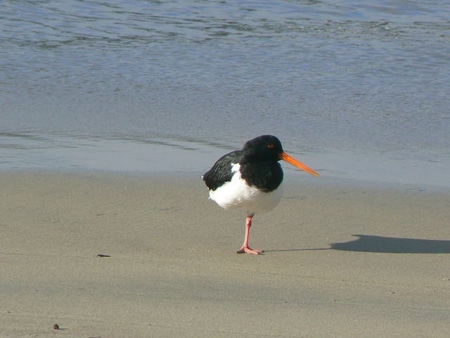 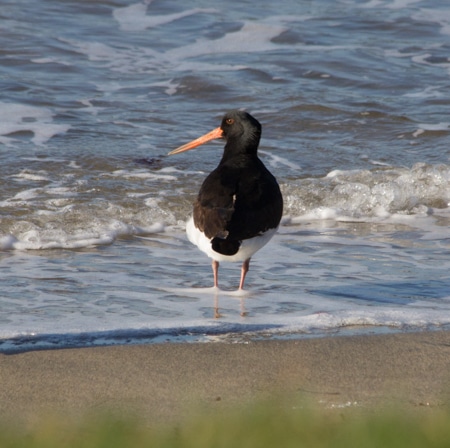 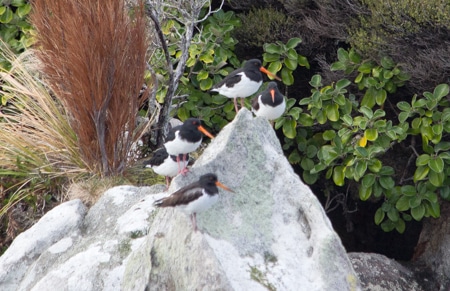 Waiting for the tide to drop to start feeding