The smaller cousin of the Red Crowned Parakeet, there are relatively few Yellow Crowned on Ulva Island … maybe 1 in 40 by my very unscientific observations. And I have never seen one on mainland Stewart Island, just a short flight away.  It will often flock with Red Crowned, and indeed with Red Crowned are often seen with flocks of Yellow Heads (Mohua)  Apart from size, they can be difficult to separate visually from their larger cousins, as both have red “eyebrows” when seen from below.  The book says their call is similar to Red Crowned, except higher pitched and weaker. 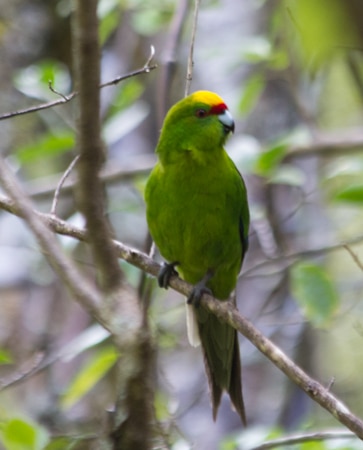 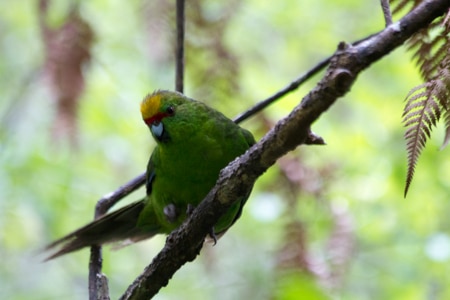 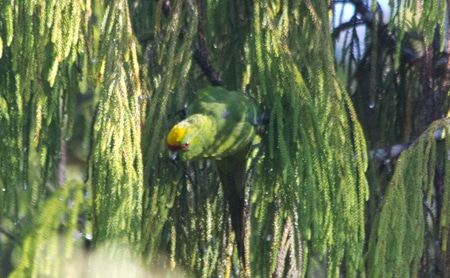 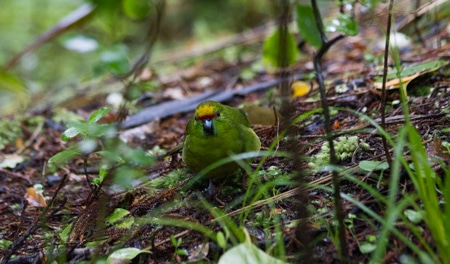 On the forest floor feeding