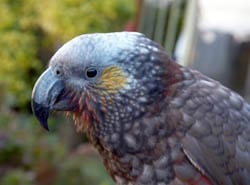 Kaka, the New Zealand lowland parrot are more than common around the village. And are a source of great interest to our guests. If the weather is bad Iris will put out a weak sugar solution a for them, and generally there are apple slices on our bird table. They love fruit but always discard the skins.

Last week we noticed one bird which seemed very “Off Colour”. It was very lethargic, and only occasionally sipping a little of the sugar water. It seemed reluctant to leave, and virtually ignored the Tui who also feed at the table. Tui are very aggressive and will attempt to drive off any interlopers and the Kaka generally fight back. This bird just ignored the Tui. We also noticed other Kaka seemed reluctant to visit, odd, as they are generally quite gregarious.

After a couple of days and no improvement we phoned The local Department of Conservation to inform them. Two rangers came up, watched the bird for a short while, and like us decided all was far from well. They caught the bird and took it away …. very brave, as that beak is very sharp and very strong, and of course like most birds the head can twist through almost 360 degrees…. You mess with friend Kaka at your peril …..

Not Always a Happy Ending

We were phoned later that day and  told that sadly the bird had had to be put down.  After consulting an avian expert in Wellington it was discovered the bird had a rectal prolapse. So putting it out of it’s misery was the humane thing to do, as otherwise it would have died after several days of considerable pain.

That was all on the Friday, and then Lo, on Sunday we discovered we had a Kaka with what appears to be a damaged leg. It’s unable to put weight on the leg, or to grasp food. But it does seem able to eat the apple Iris puts on the table, and to take the sugar water. It’s taken up semi permanent residence on our front deck … close to the food table. But it’s very shy and won’t allow us to get close to it. I’ve told DoC about it, and we’ve decided that in the short term a watching brief is all we can do. DoC have told us they’ll find out what would be a suitable diet for a bird who is using us as a total, rather than a partial food source.

So we will just keep our fingers crossed it’s leg gets better on its own. Otherwise it may well end up in an aviary, as it won’t be able to survive in the wild without lots of supplementary feed. 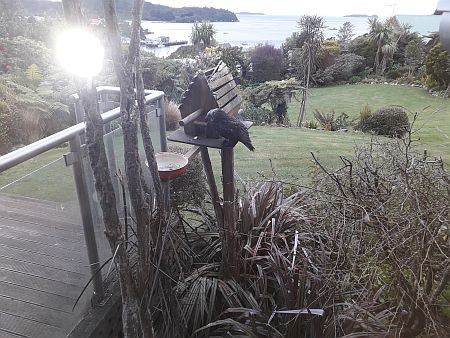 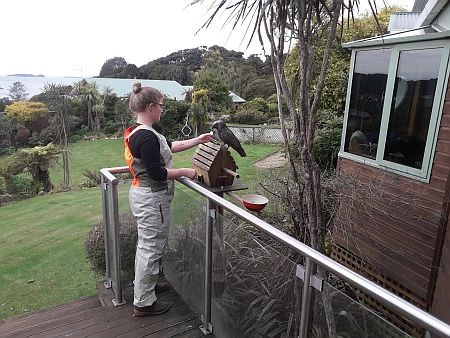 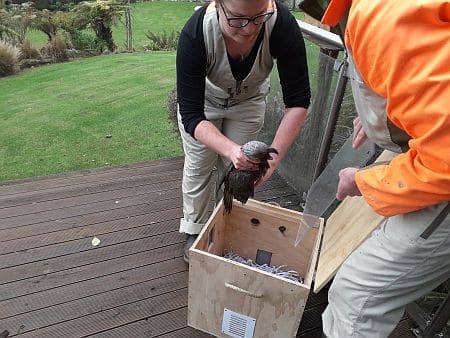 That beak is very sharp, and very strong, so the head needs to be gripped very firmly 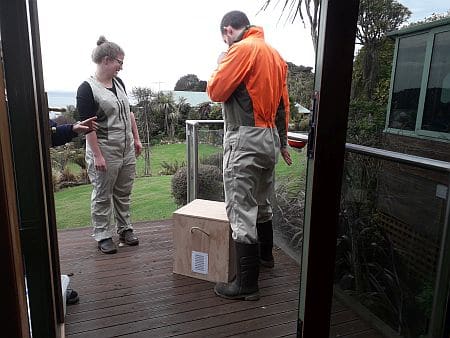 All boxed up, ready to move 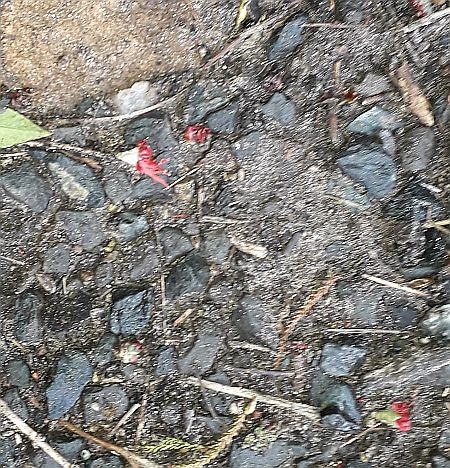 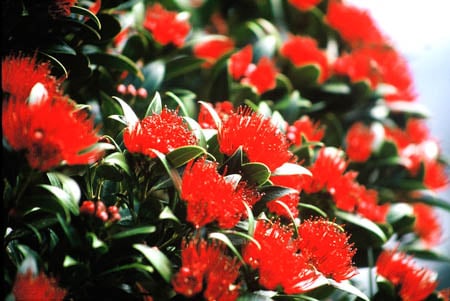 Lats year was the best I’ve ever seen  for forest flowers and fruit. Rimu, all of the coprosmas, Broadleaf, Miro & Totara all fruiting prolifically. The big exception was our Rata. I never saw a single bloom, although Sandy King did tell me she had seen a single tree with a small amount of blossom. Rata generally masts only once every several years. And by observation in a “Mast” year maybe 30% of all trees will have a good showing. And some trees will individually flower heavily quite out of sync with the rest. But one I look out for grows over the track just off the Ulva wharf. It flowers virtually every year…. last year was a very noticeable exception …… and always in early mid October when generally Rata flower over the Christmas to late January period. It never has a heavy flowering, really just a scattering of blooms, and I was delighted yesterday to see a scattering of “just opening” flowers on the track. These had been stripped in recent wind