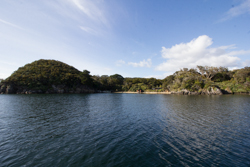 A Savage Start to Spring

We’ve enjoyed a fairly mild winter this year, but as an old Island saying goes….. “we’ll pay for it sooner or later”…… and it appears that’s just what’s happening at the moment.  We had guests book into Kowhai Lane Lodge last Saturday… We’d had several fine days, and Iris had been very busy in the Anglican Church garden, and the end was in sight, or so she said. But the forecast for our guests looked really bad. And it rained heavily on the Sunday, with Monday and beyond looking no better. But Monday morning dawned quite fine, so off to Ulva for our guided walk. A lovely morning, and the promised rain and the wind held off until we were actually climbing onto the water taxi for the ride home. So for us all a very good morning. I have to admit, that as I get older I seem to be more prone to rust. So, since Saturday evening until now we’ve had 84mm of rain, and wind at the moment is a good 45 kts SW. (1345, Wednesday 16th September) And some of that rain was actually hail, and big lumps as well. Though it did melt away quickly. I remarked to Iris how my sympathies were with the farmers. I well remember when my parents were farming and with lambing at this time of year and the misery both I and our stock had when we had this sort of weather. Not at all fun.

It had been a couple of weeks since I’d been on Ulva, and the early signs of spring were appearing. The Dancing Spider Orchid, Corybas acuminatus had lots of plants up and doing, and many had the early embryonic flowers just showing. Other flowers were appearing as well.

And we came across quite a large area with quite a few  Yellowheads singing well. And when we walked back through a round 90 minutes later they were still there. We head several “chirring” which I think indicates an interest in breeding, though perhaps a bit early for that.  It was quite noticeably noisier this trip compared with my last several trips, with most species quite vocal

And on Sydney Cove we came across a Hookers Sealion enjoying a spot of shore leave. And by the look of her … pregnant. Females can be quite crotchety, this one just seemed bored by the whole business 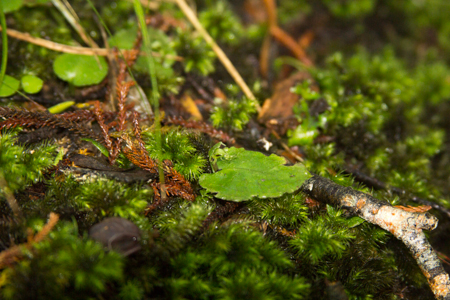 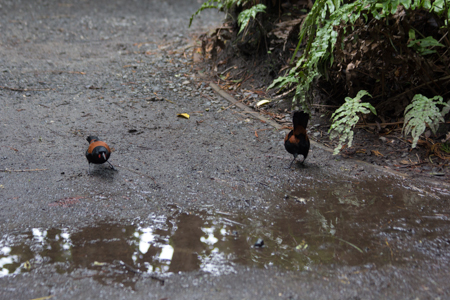 A Saddleback Pair feeding together 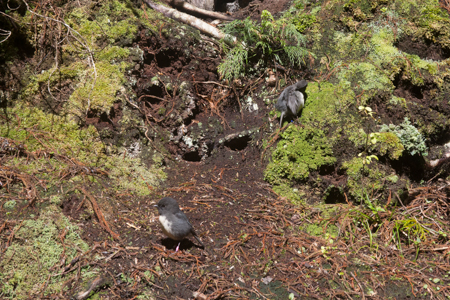 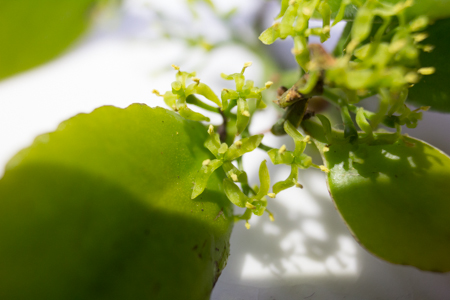 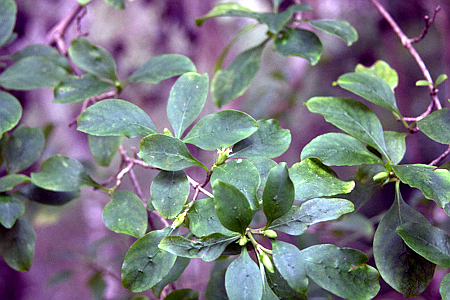 Coprosma bloom. Not that much out as yet 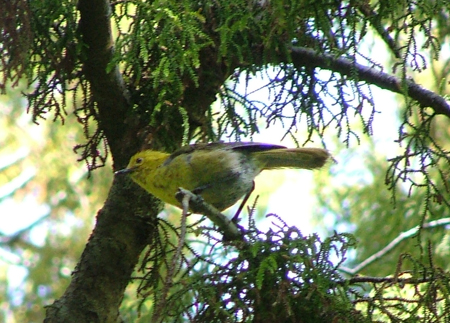 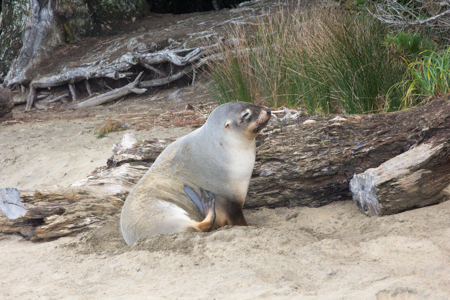