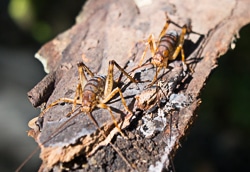 My knowledge of insects is minimal to say the least, and apart from tiny moths, we don’t often see them as we walk through the forest.

But then again with so many hungry insect eating birds that is probably not so surprising.

But we do see lots of evidence of their presence.

Most obvious are Punga fronds rolled by the leaf-roller caterpillers. We see lots of spider webs, and also single threads, often with the caterpillar suspended at the end of it.
Broadleaf and Lancewood leaves are often shredded by whatever it is that eats them.

Most bare timber and in particular the Totara after the kaka have attacked it is pierced by borer holes, as well as rotten logs and trees riddled with the big holes  Huhu grubs make when they emerge as beetles. 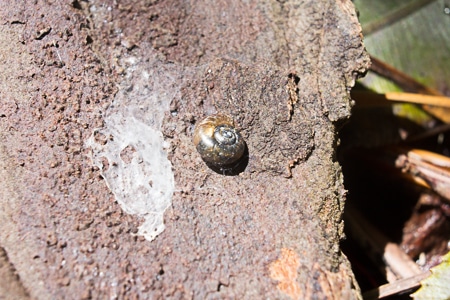 We found this snail on the trunk of a Miro Tree 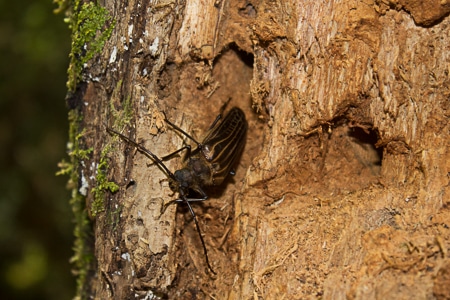 Adult Huhu Beetle, just emerged from the rotten tree it occupied as a grub 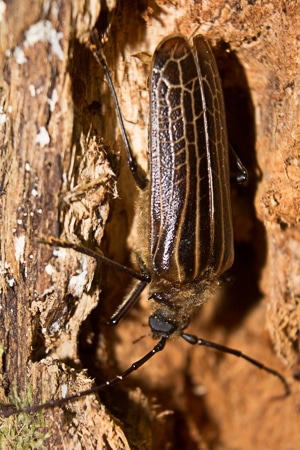 Huhu Beetle in close up 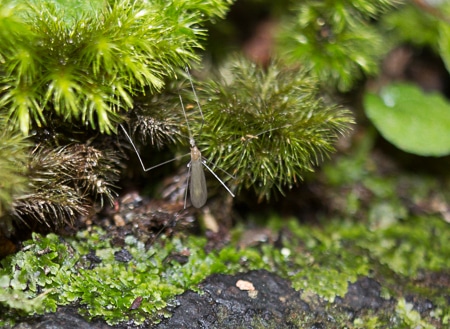 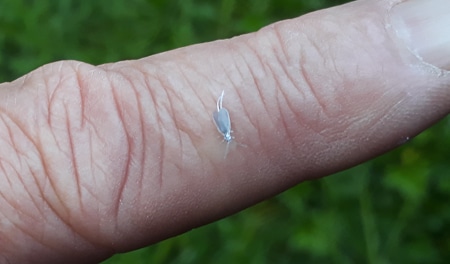 These tiny moths (?) are quite common 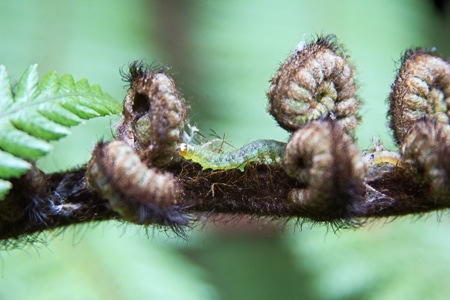 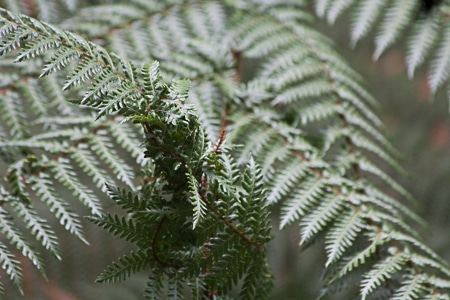 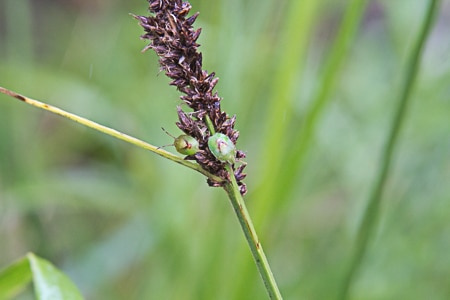 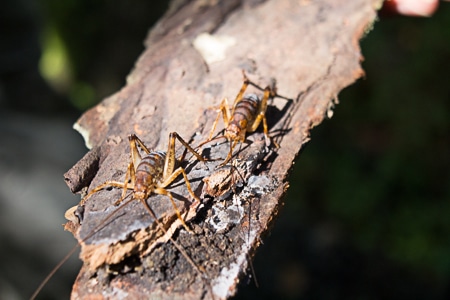 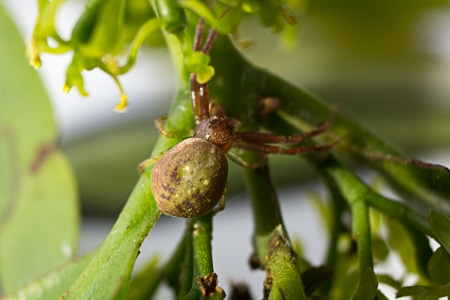 Spider webs are common, finding the spider, less so